The  undertaking began early in the morning when a custom-designed Old Dominion Phillies Spring Training Truck maneuvered its way down the Phillies truck ramp toward the team’s Clubhouse, where dozens of employees packed and loaded up the trailer with thousands of much-needed items for Spring Training.

The truck will then then travel 1,058 miles, passing through eight states, before being unloaded at its final destination of Spectrum Field on Sunday, February 10 – just three days before the first official workout for Phillies pitchers and catchers on Wednesday, February 13. 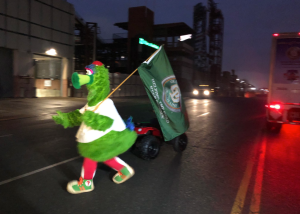 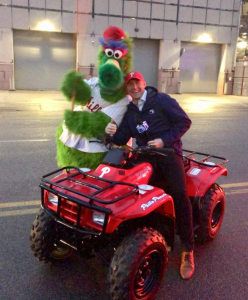 Looters ravage shops in Philadelphia as sun comes up

An eerie sight in Philadelphia this morning as the Pennsylvania National Guard deployed outside of City Hall. Kelsey Fabian has the story.

May is Skin Cancer Awareness Month

The American Cancer Society and National Council on Skin Cancer Prevention encourages everyone to protect their skin against the sun.

Ultraviolet (UV) rays from the sun and other sources like tanning beds are the primary cause of skin cancer, the most common cancer in the United States.