This comes after a Montgomery County judge struck down Kane’s request that would’ve given her more time before she could report to prison. 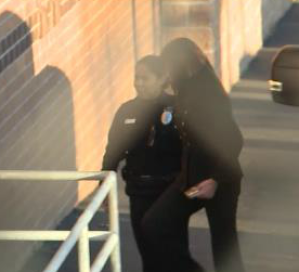 Kane said that extra time would’ve given her time to make arrangements with her family.

She was thrust into the spotlight when she was elected as Pennsylvania’s first female attorney general in 2012.

In 2016, a jury found Kane guilty on perjury and other charges for leaking grand jury information and lying about it.

A judge sentenced Kane to 10 to 23 months but said that she did not have to serve her sentence until exhausted her appeals options.

She had been out on a $75,000 dollar bail before she reported to prison on Thursday morning.

Mary Jacobs, founder of The Women’s Excelerator and author of Sales Strategies for New Women Entrepreneurs: Successfully Transitioning from Employee to Entrepreneur, joined us to disuss starting a business during the COVID-19 pandemic.

You sent in photos, and celebrity antiques appraiser Dr. Lori has studied them.

Can you guess which of these items is worth the most?

As unemployment soars, many entrepreneurs may be wondering- is now the time to launch your own business?