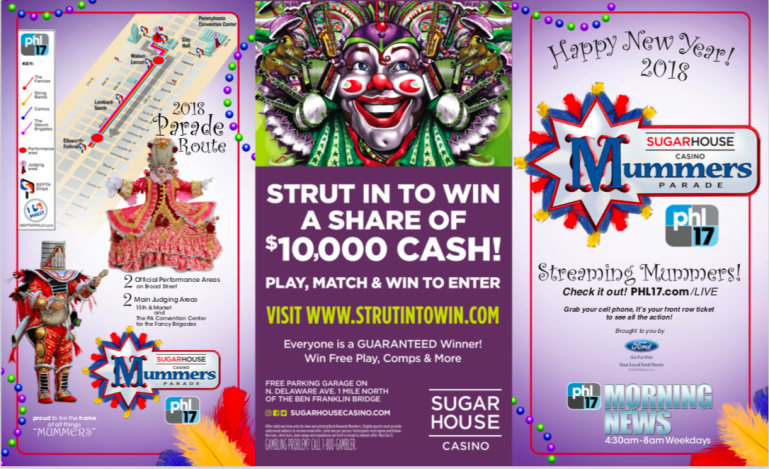 Download the same brochure we hand out at the Mummers Parade Here!  The 2018 SugarHouse Casino Mummers Parade brochure which includes insight into this year’s New Year’s Day festivities, themes, parade route and more.

Includes a map of all Septa stops for avoiding the traffic and getting to and from the Mummers Parade via train!

Who participates in the Mummers Parade?

The Mummers are comprised of groups that have different divisions; Comics, Wench Brigades, Fancys, Fancy Brigades and String Bands. You can learn more about them all here.

Best deals on popular gifts that will arrive in time …

How to wrap a present

These discounted stocking stuffers are worth buying …

Best Black Friday deals that are half-priced or better

Black Friday gifts and essentials to buy for yourself

Start your Cyber Monday shopping now with these early …