Officials from the City of Philadelphia say that after declining for several years, the homicide rate has increased steadily since 2014 – a trend they say is expected to continue based on preliminary 2018 data.  Philadelphia organizations, elected officials, and nonprofits share their strategies and programs to reduce gun violence.

Jennifer is joined first by State Senator Anthony Williams of Philadelphia as well as Theron Pride who is the City of Philadelphia Senior Director of Violence Prevention Strategies and Programs. George Mosee also joins Jennifer. He is the Executive Director of the Philadelphia Anti-Drug/ Anti-Violence Network (PAAN). Each shares their view on the topic and discusses how they are raising awareness about the issue from proposed legislation to outreach regarding gun violence in the City.

Next on In Focus Marybeth Christiansen, the PA State Chapter Lead of Moms Demand Action for Gun Sense in America is with us as well as Aleida Garcia, Founder of the National Homicide Justice Alliance. Marybeth Christiansen shares what strategies mothers are using to take a stand for gun violence as the organization talks about being a grassroots movement. Aleida Garcia discusses how she says her organization empower survivors of murder victims in our local communities.

And, we round out this week’s In Focus with Ted Qualli, The Police Athletic League Of Philadelphia’s (PAL) Executive Director and Captain Jarreau Thomas, PAL Of Philadelphia Unit Commanding Officer.

They discuss their mission of “Cops Helping Kids.” The organization has roots in the city that date back to 1947. PAL provides youth with athletics, academic support, and character-building programs and prides itself on helping girls and boys develop self-esteem. 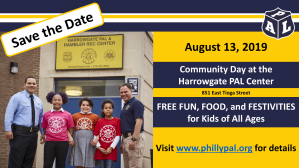 On In Focus, PHL17’s longstanding community affairs program airing Saturday, February 20, 2021 at 6:30 a.m. and Sunday, February 21, 2021 at 1 p.m. with Jennifer Lewis-Hall we begin today’s program with a focus on COVID-19 vaccines and variants of the virus. And, while many people are waiting to get a COVID-19 vaccination -- many legislators are talking about the need for an increase in supply. The Wolf Administration and a Bi-Partisan group of lawmakers are forming a “vaccine task force.” We speak with David Weiner, Ph.D., the Executive Vice President and Director of the Vaccine and Immunotherapy Center at the nonprofit Wistar Institute in Philadelphia.

Up next on In Focus with Jennifer Lewis-Hall we turn to the Governor’s proposed budget for the Keystone State. Pennsylvania Governor Tom Wolf released his budget proposal for 2021 earlier this month. And, experts say it could have some Pennsylvanians seeing less in their paychecks. Joining us is Marc Stier, director of the Pennsylvania Budget and Policy Center which Stier says does policy research and analysis as well advocacy. Governor Wolf as reported has discussed working to increase distribution of COVID-19 vaccines as well as funding for businesses affected by the Pandemic.

On In Focus, PHL 17’s longstanding community affairs program airing Saturday, February 13, 2021 at 6:30 a.m. and Sunday, February 14, 2021 at 1 p.m. with Jennifer Lewis-Hall we start today’s program a discussion about food insecurity in the Delaware Valley. Food Banks in our area and across the country have been extra busy providing food to individuals and families during the pandemic. Fred Wasiak who is President & CEO of the Food Bank of South Jersey joins us. Wasiak tells us what he sees ahead for 2021 and says food insecurity in South Jersey has surged due to COVID-19 – up as high as sixty percent in some regions.

Then on In Focus with Jennifer Lewis-Hall Mauro Guillen from the University Of Pennsylvania joins us. Guillen is a Wharton School Professor of International Management. We hear about jobs and the economy and what he believes is key to jumpstarting economic growth.

On In Focus, PHL 17’s longstanding community affairs program airing Saturday, February 6, 2021 at 6:30 a.m. and Sunday, February 7, 2021 at 1 p.m. with Jennifer Lewis-Hall we begin today’s show with a focus on COVID-19 and Lung Health as the American Lung Association recently released its report on the impact of smoking and vaping in Pennsylvania. We hear about the report – “The State of Tobacco Control 2021: Preventing and Reducing Tobacco Use During the Time of COVID-19” and the impact of tobacco on residents in the Keystone State. Michael Seilback, who is the AVP of State Public Policy with the American Lung Association joins us to talk about the report and their “report card” on how the state is doing pertaining to several areas regarding tobacco use and initiatives.

Then on In Focus with Jennifer Lewis-Hall, we speak with CPA Wendy Barlin about President Biden’s proposed stimulus plan. Barlin talks about the proposal and what could result regarding another round of stimulus checks. She also weighs in on unemployment insurance and the debate regarding an increase in the minimum wage.

CONTEST: Judas and the Black Messiah

CONTEST: News of the World

Trump, Biden give final push ahead of Georgia Senate runoffs